Improvements to this intersection include widening Union Church Road to add dedicated right and left-turn lanes as well as a dedicated eastbound through lane across FM 1938 to Continental Boulevard. A new traffic signal is planned as well as drainage improvements. Sidewalks will be extended to the existing paths along the north side of Union Church Road.

On the east side of FM 1938, an additional dedicated left-turn lane for westbound traffic will be added to Continental. Northbound FM 1938 will get a dedicated right turn lane onto Continental, an extension of existing sidewalks and improvements to pedestrian crossings.

A single-lane roundabout with landscaping and public art will be built at the intersection of Peytonville and Continental Boulevard. The new roundabout will help aid with intersection traffic congestion, especially during Carroll Elementary School traffic peaks and from nearby park visitors. Improvements to public water and storm sewer systems are also part of this project. 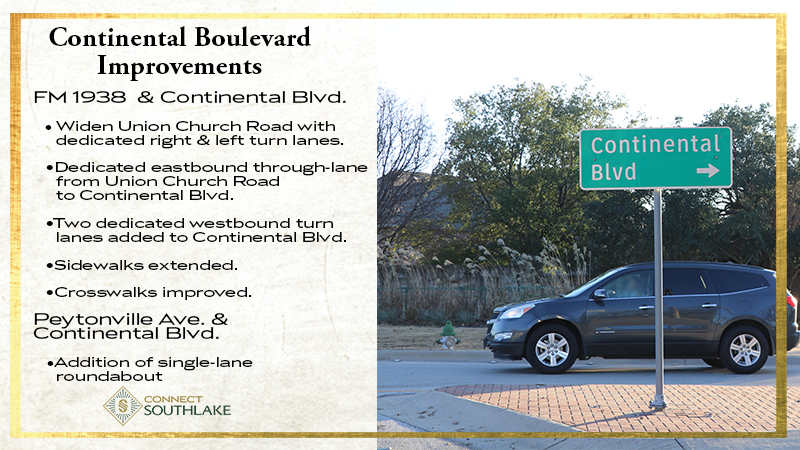